In one of my last posts of 2016 I think I said I would introduce some of my ironclads in an upcoming post.  Here are 3  1/600 models by Thoroughbred Miniatures; a Cairo, the Essex, and the Lexington.  I have built the Cairo as the Carondelet with a white wash that appears in some of the historic photos..  Evidence now strongly suggests that the chimneys forward timber clad commonly labelled Lexington was in fact the Conestoga.  Photos from the Red River expedition clearly show the Lexington as having the chimneys behind the pilot house like her sister ship the Tyler/Taylor. 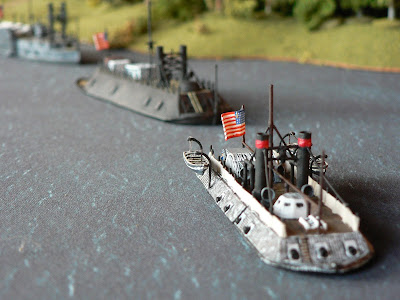 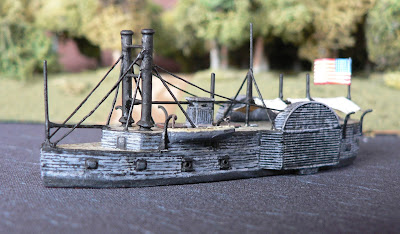 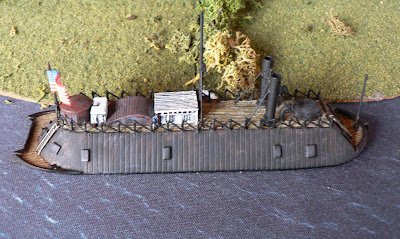 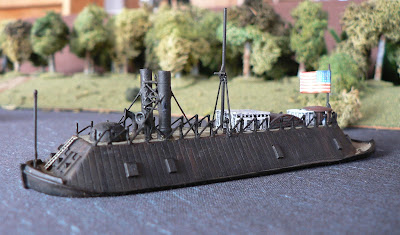 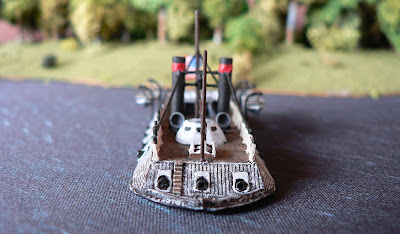 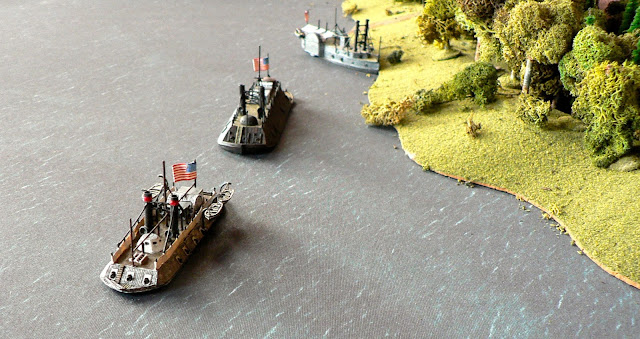 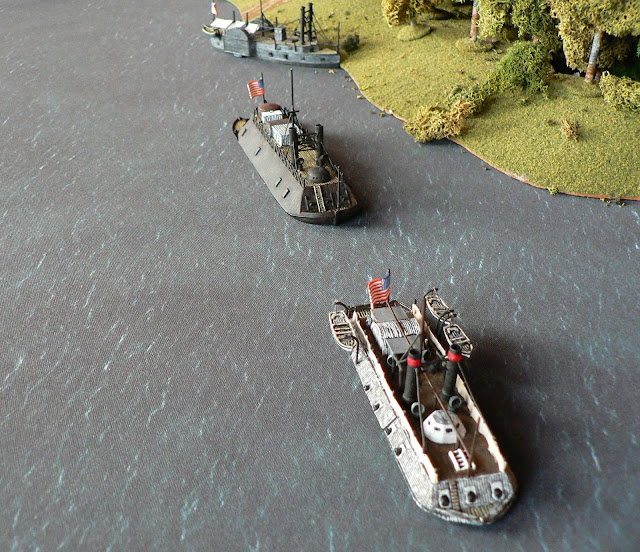 After a long hiatus, Old Black Water's shipyard is back in production.  Most recently launched off the ways are 2  blue water vessels from the Peter Pig company of England.  Hitting the water are Peter Pig's model of the steam sloop USS Hartford which I modeled as sister ship USS Richmond, and a 90 day gunboat, a numerous class of vessels rushed into production at the start of the civil war.  Peter Pig's naval acw models are sometimes compared unfavorably to the more detailed offerings of Thoroughbred or Bay Area Yards.  They actually look quite good when customized and painted with an attention to detail.   My biggest issue is with the masts for both models.  They are grossly oversized and crude compared to the casting details on the hulls.  I understand the designers decision to do this was to produce a strong tabletop gaming piece, but if I were to build more copies of these models I would probably use Bay Area Yards masts or scratch build my own.

Here is my version of an US ninety day gunboat, the most recently produced model in the Peter Pig acw range.  I have done my usual customizations; adding some spars, rigging, davits with boats, and a forward parrot rifle.  Peter Pig is offering crew castings now, several of which are present on deck here, most notably on the forecastle manning the parrot rifle. 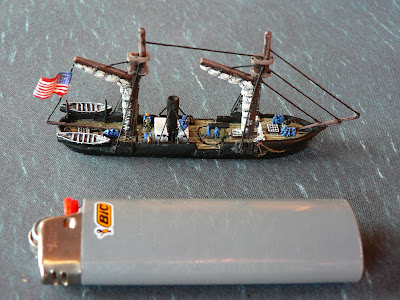 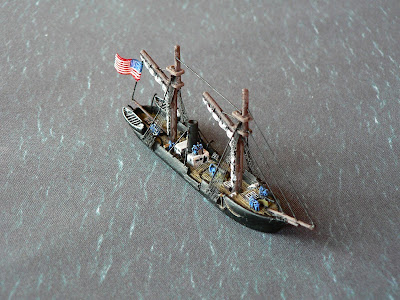 The Hartford model I built as the steam sloop USS Richmond, adding a bow gun, boats, spars and rigging.  On both of these models I added etched brass ratlines, but they are barely visible at any distance over 6 inches! 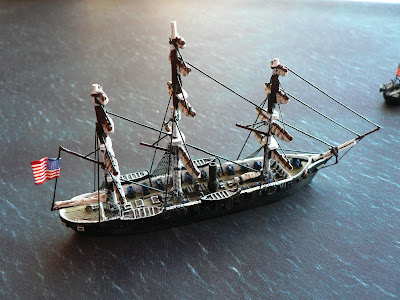 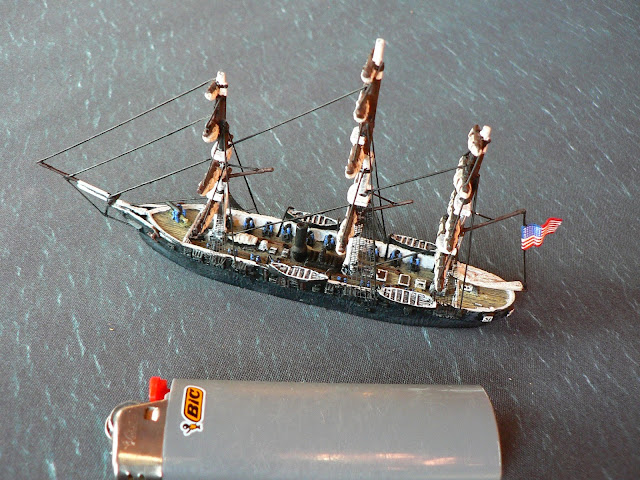 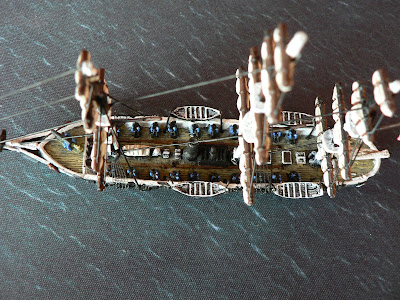 Both of these vessel types were  work horses of the Federal blockade, and could be found on both the east and gulf coasts, as well as the dirty brown waters of the Mississippi River.